Elm City Havens tells the stories of New Haven’s community spaces through a variety of media and methods. Its purpose is to provide a multimedia platform for learning more about these gathering spaces: their stories, their goals, and the communities to whom they belong. 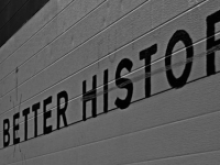 The "Our Better History" project and the Historian's Eye website are an expansive collection of some 3000+ photographs and an audio archive addressing Obama's first term in office, the '08 economic collapse and its fallout, two wars, the raucous politics of healthcare reform, the emergence of a new right-wing formation in opposition to Obama, the politics of immigration, Wall Street reform, street protests of every stripe, the BP oil spill, the escalation of anti-Muslim sentiment nationwide and the emergence of the Occupy Wall Street movement. 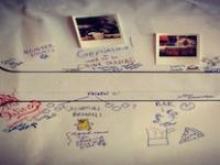 Interactive Crown Street is an ongoing research and pedagogical project that aims to produce an interactive, multimedia, web-based armature for telling stories related to the making and meaning of urban spaces, using Crown Street as a demonstration. 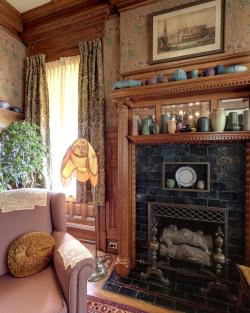 “John Ashbery’s Nest” is a website centered on a virtual tour of the Victorian home of American poet, collagist, art critic and collector John Ashbery (1927-2017).  The site provides a unique opportunity not only to see the art, objects, books and furniture in this house–the only home Ashbery has ever owned–but also to hear Ashbery read from related poems and talk about the provenance and resonance that these things, including the space itself, have played in his creative life. 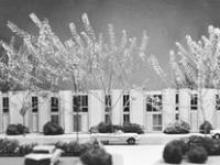 Life in the Model City: Stories of Urban Renewal in New Haven is an oral history exhibit about redevelopment during the administration of Mayor Richard C. Lee.

Life in the Model City