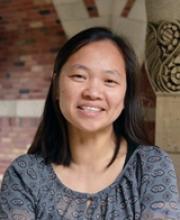 Professor Mary Lui’s lecture at the Wilson Branch of the New Haven Free Public Library, originally scheduled for this evening, has been POSTPONED DUE TO INCLEMENT WEATHER. An alternate date and time will be announced in the coming weeks.
“Mr. Saund Goes to Washington” This talk discusses the historic 1956 election of Congressman Dalip Singh Saund, the first Asian American elected to the U.S. Congress. Mary Lui will discuss the political, cultural, and social significance of Saund’s campaign and victory in the context of the 1950s Cold War.