**Note: Change of date and location

BETWEEN NEIGHBORHOODS is a multichannel audiovisual installation that dynamically travels between present and past, art and scholarship, the world in Queens and Queens in New York City. Comprised of original and archival moving images and sounds it transhistorically traverses temporal neighborhoods, between today and the 1960s, between the so-called ages of globalization and modernization.  This multimedia work contests Queens’ location in imperial neighborhoods expressed by Unisphere, the gargantuan stainless-steel globe that was “theme center” of the 1964-1965 New York World’s Fair (NYWF), the event’s only planned permanent structure.  Still standing in Flushing Meadows-Corona Park, Robert Moses’s mammoth monument to top-down globalization simultaneously marked the center of the regional planner’s metropolitan empire and the central ideology of Washington’s global empire, W.W. Rostow’s Modernization Theory, in the mid-1960s. Between Neighborhoods shows how this imperial ideology deified technology and privileged authoritarianism in the name of modernizing both outerboroughs and third worlds, Cold War cognates simultaneously expressed by Unisphere. Between Neighborhoods audiovisualizes particularly the intersection of interborough and interamerican imperialisms that crossed roads around Unisphere at the last NYWF. Between Neighborhoods suggests that Queens and Latin America today co-occupy a transnational neighborhood while, more broadly, peoples from around the world residing in the Queens neighborhoods that orbit Moses’s momentous model of Rostow’s world redefine from below the meaning of globalization imposed by planners from above.  Finally, it insists too that art and history productively occupy the same transdisciplinary neighborhood, public humanities. 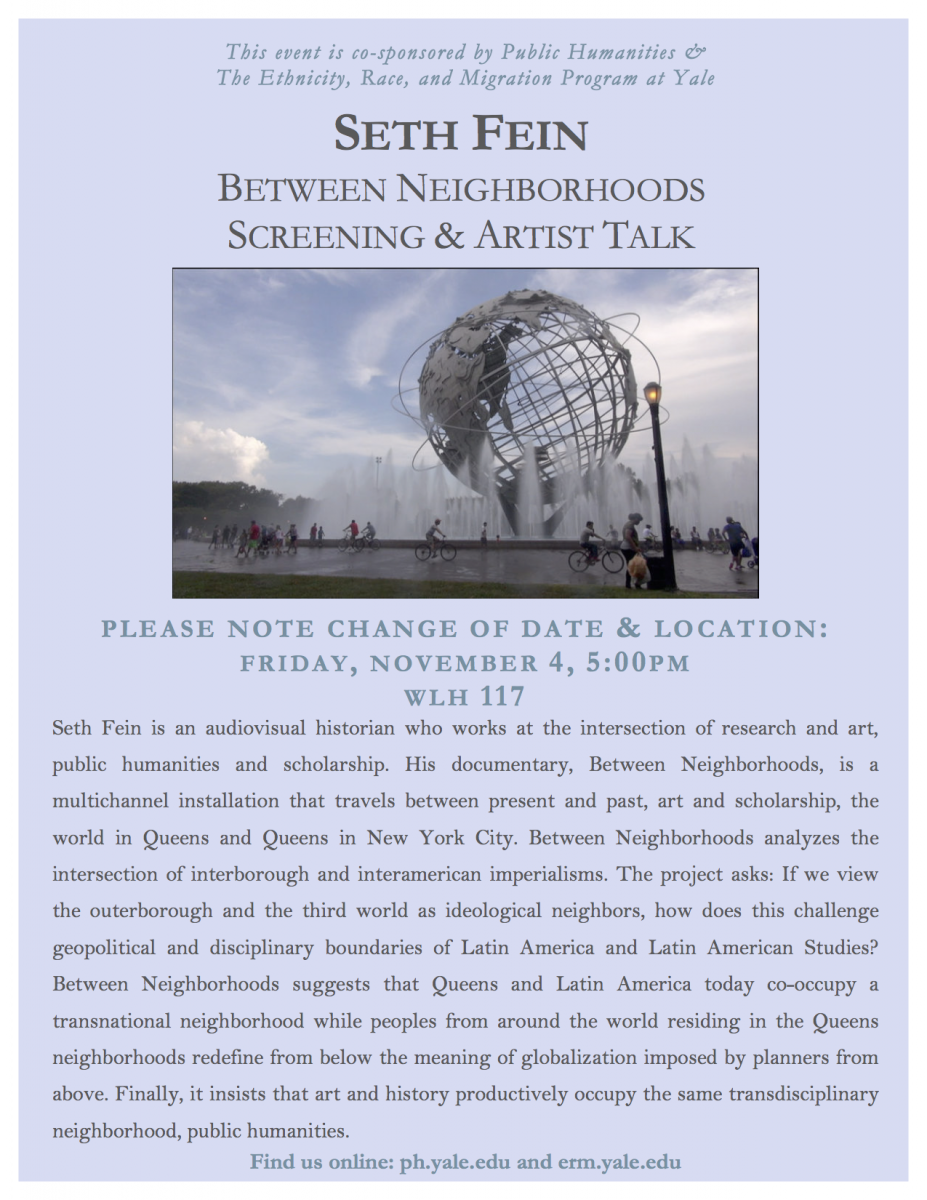