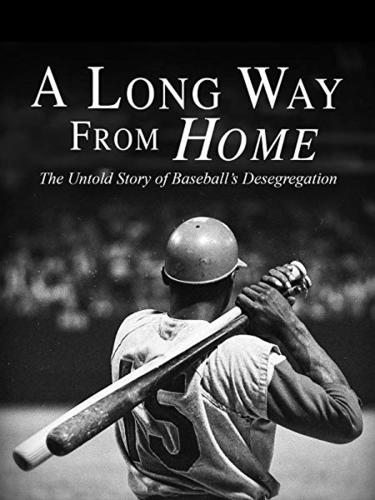 A Long Way from Home: The Untold Story of Baseball’s Desegregation Recognized by the 40th Annual Telly Awards, Honoring Excellence in Video and Television Across All Screens

NEW YORK (June 6, 2019) – A Long Way from Home: The Untold Story of Baseball’s Desegregation produced by award-winning media company Hammer and Nail Productions has been awarded a GOLD Telly Award in the category of General Documentary. The Telly Awards competition, now in its 40th year, honors excellence in video and television across all screens and is judged by leaders from video platforms, television, streaming networks, production companies and outlets including Vice, Vimeo, Hearst Digital Media, BuzzFeed and A&E Networks.

“This award is a tribute to the talent and vision of its creators and a celebration of the diversity of work being made today for all screens,” said Sabrina Dridje, Managing Director of the Telly Awards.

Directed by Gaspar González from a concept by writer and historian Matthew Frye Jacobson (Yale University), A Long Way from Home chronicles the struggles and triumphs of the pioneering black and Latino players who followed Jackie Robinson into white professional baseball, often playing their minor-league ball in small, remote towns where racial segregation remained a fact of life well into the 1960s. The film premiered on cable network TV One in 2018.

“Jackie Robinson is justly celebrated for breaking baseball’s color line,” says González. “However, what often gets overlooked is the prolonged struggle of Black and Latino players to tear down the structural barriers that relegated them to second-class status, even after desegregation. We felt strongly that that story needed to be told as well.”

The Telly Award Winners Gallery in General Documentary can be found at:

Prior to airing on TV One, A Long Way from Home enjoyed theatrical screenings in Houston, Miami, and

Washington, D.C., as well as the Negro Leagues Baseball Museum and the National Baseball Hall of Fame.

Distributed by Giant Pictures, a digital distributor based in New York and Los Angeles, A Long Way from Home is now available on iTunes and Amazon.

ABOUT HAMMER AND NAIL PRODUCTIONS

Founded by award-winning filmmaker Gaspar González, Hammer and Nail has produced documentary content for the BBC, PBS, ESPN, and others. The company’s credits include the Grantland short documentary Gay Talese’s Address Book, Havana House, the ESPN 30 for 30 Short The Guerrilla Fighter, and Errol Flynn’s Ghost: Hollywood in Havana.

ABOUT THE TELLY AWARDS