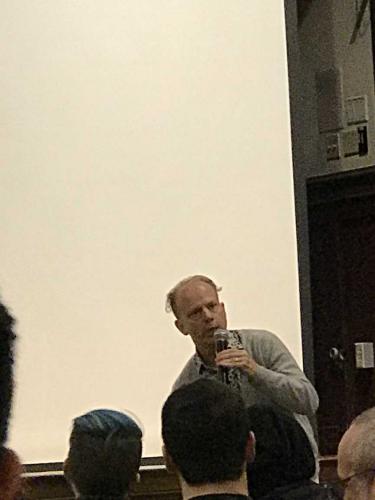 Last night’s well-attended screening of MILK (2008) at the WHC — shown in a terrific 35mm print courtesy of the Yale Film Archive — was introduced by Bruce Cohen (Yale College ‘83) and one of the film’s producers.  Afterwards, Public Humanities co-directors Laura Wexler and Matt Jacobson led a thoughtful discussion on democracy and civil rights as part of the Democracy in America series of events sponsored by a 320 York Humanities Grant.  Next film & Discussion will be “The Candidate” (1972) on March 7.